There’s no “happily ever after” for brides experiencing abuse

Posted on September 7, 2018 by Tory in Jump Start News | Leave a comment 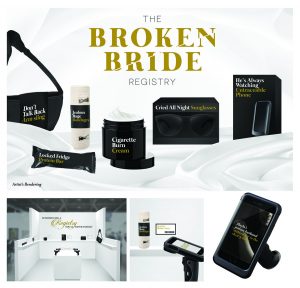 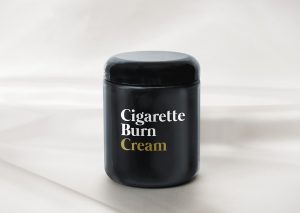 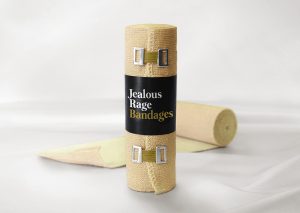 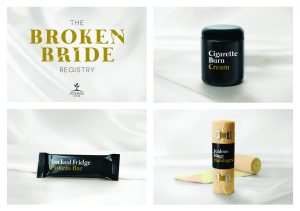 Toronto, ON, Friday, September 7-9, 2018 — In Canada, a woman is killed by her intimate partner every six days (on average)[1], and spousal violence has been identified as the most common form of violence against women[2].

To raise awareness of intimate partner violence, Interval House is showcasing the Broken Bride Registry at Toronto’s Bridal Show, using real-life stories, provocative images and heartbreaking experiences to demonstrate that the honeymoon period can be the time when domestic abuse starts or escalates. Across Canada, more than 3,000 women and 2,900 dependent children use shelters to flee domestic abuse[3]. Interval House has partnered with UNION to raise awareness of these statistics and to bring these devastating stories to life in an interactive booth that ultimately asks the bride-to-be to donate to Interval House.

“We have been Interval House’s agency for 5 years, and are very proud of the insightful, provocative work we’ve done with them” says Catherine Marcolin, EVP and Managing Director at UNION. “Now, more than ever, it’s important to support women and help them find their voices.”

“At the shelter we notice women will come to us after significant moments such as marriage, the birth of a child, or holidays, “ says Rachel Ramkaran, Annual Giving and Communications Advisor for Interval House. “These milestone moments can be times of emotional and financial stress and abusers will lash out under pressure. We see an increase in calls to our crisis line during these times.”

“Talking about violence against women is difficult, especially at a happy event like the bridal show, but it’s a conversation that needs to be had,” says Rica Eckersley, Creative Director at UNION.

The booth is essentially a bridal registry, but instead of bedsheets and fine china, the registry is stocked with items such as cigarette burn cream, arm slings and untraceable cellphones. The booth comes alive when you scan these items, as they unlock a real-life story/video of domestic abuse. The bride’s call to action is to add Interval House to her registry or make a charitable donation on the spot.

Marla – The “Jealous Rage” Bandages: It was just before Christmas. Marla’s jealous husband stabbed her in the chest nine times, leaving her bleeding in the snow.

Riya – The “Don’t Talk Back” Arm Sling: Riya and her husband were on a romantic vacation in Mexico when he suddenly became irate and attacked her with a glass ashtray, breaking her arm in two places.

Aradhna – “Locked Fridge” Protein Bars: Aradhna’s husband put locks on the fridge and cupboards, making her go without food for days at a time.

Denise – The “Cried All Night” Sunglasses: As soon as Denise got married, her husband started acting differently. He began yelling at her, calling her names and telling her she was worthless.

Anna – Cigarette Burn Cream: Anna’s husband, angry that she’d gone out with a friend, burned her arm with his cigarette, scarring her for life.

Marianne – The “He’s Always Watching” Untraceable Phone: Marianne’s husband gave her a phone – with one condition. He told her that she was allowed to talk to him and only him.

Interval House was founded in 1973 as the first centre for women fleeing intimate partner violence with their children in North America. The organization is a leader in the campaign for women’s empowerment, providing innovative, specialized services that help families transform their lives and break the cycle of abuse. For more information on Interval House, visit intervalhouse.ca.

Founded in Toronto by Subtej Nijjar and Lance Martin, UNION is an integrated advertising agency that specializes in manufacturing ideas that help make their clients’ brands more useful to consumers. They create lasting unions between brands and consumers by finding ways to become a welcome, valued part of their lives at precisely the right times. Launched in 2012, UNION is part of the MDC Partners network. UNION has done work for a range of clients including INFINITI, Tetley, Kraft Canada, Best Buy and Canadian Real Estate Association. For more information about UNION, visit unioncreative.com.